Sports and entertainment have been the focus of our entrepreneurial activities since the 1974 FIFA World Cup; in the meantime, NIEMANN has evolved into a single-family office with various investments.

The digitalization of content creation, marketing and distribution, especially in sports, opened up unexpected expansion opportunities for the once classic book publisher.

Dr. Niemann pursues his innovative and sustainable entrepreneurial approach, which leads projects and investments in sports, entertainment and technology to long-term success.

The strong synergies between the individual segments enable NIEMANN to build a global network and lay the foundation for successful investments.

After studying business administration and psychology at the LMU in Munich, the marketing and sales expert completed his doctorate in journalism and communication science at the University of Salzburg. During his studies, he worked for Springer-Verlag in New York and Bertelsmann AG in Gütersloh.

He started his career in entertainment at the Kirch Group and in the programme management of the TV channel ProSieben. Subsequently, as Vice President Sales at Fremantle Media (RTL Group), he was responsible for sales in German-speaking Europe, Italy, Eastern Europe and Russia. He then became General Manager at SONY Pictures Television International. In this position, as station manager, he managed two pay-TV channels, AXN and ANIMAX, in German-speaking Europe. At Yahoo Germany he was Head of Media, Content and Programming.

Robert Niemann started his career in football in 2008 as CEO of DFL Sports Enterprises GmbH, today BUNDESLIGA International in Frankfurt. There he was responsible for the worldwide marketing of all TV & media rights, sponsoring and digital rights of the BUNDESLIGA. In 2010, Robert Niemann took over the sole management of TSV 1860 Munich. Since 2014, he has been a consultant for FIFA in Zurich, currently in the Professional Football Department.

In addition, he was the worldwide exclusive marketing partner of the three-time world goalkeeper OLIVER KAHN, former captain of FC Bayern Munich as well as the German national team. Oliver Kahn has been the CEO of FC Bayern München AG since July 2021. Since summer 2019, Robert Niemann has also been working with the German record-breaking national player Lothar Matthäus.

The company’s history goes back to the publisher Peter Niemann, who recognised more than 50 years ago the media combination of sport and entertainment.
He had his publishing houses in Germany and Switzerland. 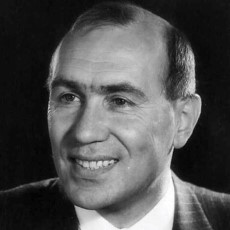